Georgia’s Restaurant has been serving up Southern “soul-delicious” cuisine for the past five years in Anaheim while reimagining and redefining the public’s perception of Southern Soul Food. They recently extended their family and celebrated its fifth anniversary with the opening of their second location at the new Long Beach Exchange.

Georgia’s Restaurant does not stem from the deep south, but instead a suburb of Philadelphia where high school sweethearts Gretchen and George Shoemaker decided to leave the Keystone State and head west, settling in Lake Forest, CA. It was in their home, where George and Gretchen raised their three daughters, that Gretchen began her successful catering business built on family recipes that delivered a truly home-cooked experience. Early every morning, Gretchen would rise to get a start in the kitchen with George by her side playing sous chef. Then, after the untimely passing of George Shoemaker in the early 1990s, everything came to an abrupt halt as the Shoemaker family rallied around one another and Gretchen’s catering business was put on hold. 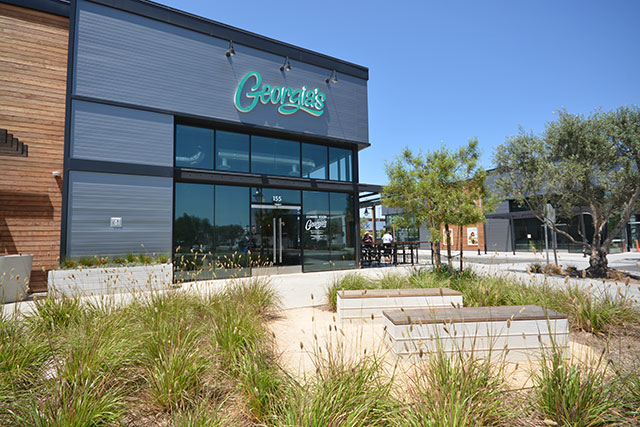 Twenty years later, with all three daughters grown, second daughter Nika Shoemaker-Machado and her husband Marlon Machado approached Gretchen, now known to most as Nana, to all come together and fulfill her lifelong dream of sharing her food on a much grander scale than ever before and they introduced Georgia’s Restaurant, a Southern restaurant that celebrates authentic Soul Food, while sharing Nana Gretchen and the Shoemaker family’s story of survival, community and love.

Georgia’s Restaurant Menu is undoubtedly a family affair with recipes originating from generations past, adapted, and updated by the present. Guests can start their fabulous feast with an array of small sites such as the Piggy Cheese Fries, comprised of crispy fries loaded with slow-roasted BBQ pork or Nana Gretchen’s Fried Green Tomatoes. For those that love their greens, there is a selection of four bountiful and beautiful salads starting with vegetarian-friendly Georgia’s House served with spring mix, red onions, tomatoes, and candied pecans. Seafood lovers can rejoice with the Shrimp Salad served with spring mix, roasted corn, red peppers, red onions, tomatoes and a mango sauce. For something a little more substantial, Southern Soul Food lovers can plate-up with Georgia’s Restaurant signature Fried Chicken, a marriage of cultures which begins with co-owner Marlon Machado’s Brazilian buttermilk brine and ends up with a seasoned crispy cornmeal crust courtesy of Nana Gretchen’s very own grandmother. 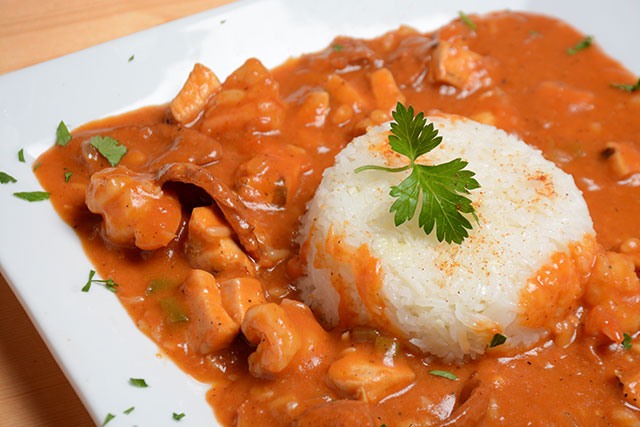 A personal favorite of Nika, the succulent Smothered Pork Chops are hand-tossed, pan-fried, and covered in bacon gravy. Satisfy the inner carnivore with dishes such as the St. Louis BBQ Ribs, a half rack of slow-roasted pork ribs in Georgia’s Restaurant signature house-made BBQ sauce, or the grilled-to-order 8 oz 1855 Premium Black Angus Choice Tri-Tip, or the swimmingly delicious Fried Catfish. Additionally, each plate is served with a choice of two of Georgia’s Restaurant delectable soulful sides featuring Southern favorites such as red beans & rice, collard greens, black-eyed peas and corn on the cob. Fans of Georgia’s Restaurant and newcomers alike can also order up and enjoy one of Georgia’s Specialties such as Gretchen’s Jambalaya or the Louisiana Tilapia & Shrimp made of spicy grilled tilapia and shrimp, with tomato Creole sauce served over rice. For the best of both worlds, the Chicken & Waffle is sweet and savory, featuring Georgia’s Restaurant signature Fried Chicken on a Belgian Waffle, served with maple syrup and creamy honey butter.

Guests can also wet their whistles with a selection of iced tea, signature peach and seasonal sangria, red wine and white wine by the glass or the bottle and craft bottled beer to complement each and every dish. 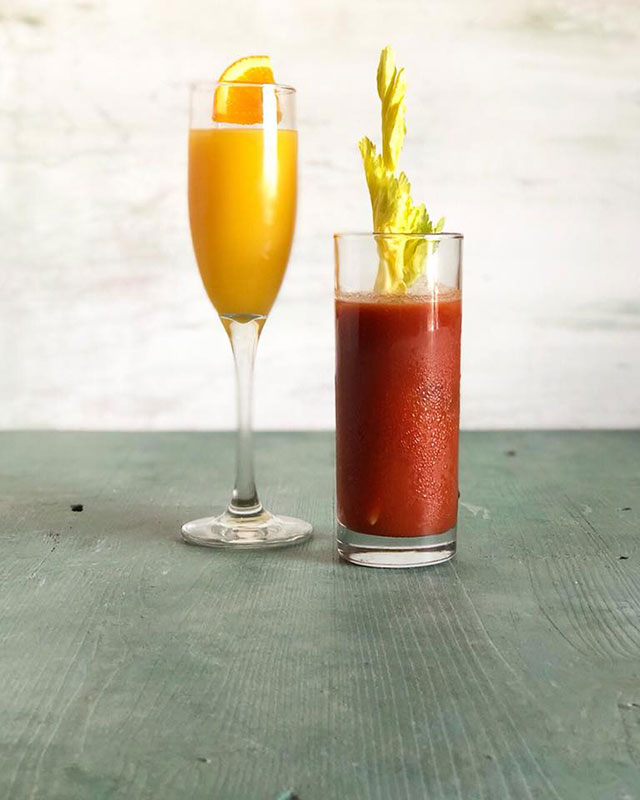 Guests can kick-off their weekend by feasting on Georgia’s Restaurant new brunch menu with savories such as the Fried Egg Sandwich with mayonnaise, bacon, choice of cooked egg; the Hot Link, Bacon and Eggs served with blackened country potatoes and toast, or Co-Owner Nika Shoemaker-Machado’s personal favorite, the hearty Steak and Eggs, featuring top sirloin steak and a side of blackened country potatoes. For those that love a sweet start to their day, there is Grilled French Toast made the old-fashioned way and topped with powdered sugar and strawberries; the Cinnamon Apple Waffle topped with warm sautéed apples in finger-licking cinnamon syrup and a dollop of whipped cream.

Soul-delicious Southern staples also include the Biscuits and Gravy, topped with sausage gravy, or the Fish & Grits featuring Creole seasoned cornmeal-crusted fried catfish, or the classic Shrimp & Grits made with Creole seasoned shrimp over a bed of savory grits. A selection of thirst-quenching beverages are also available and what libation is more appropriate at brunch than a bright and bubbly mimosa? Guests ready to unwind with friends can make it Bottomless Mimosas or order one of their signature Bloody Marys. 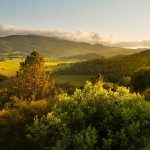 Casinos to Visit on a California Wine Tasting TripFeatures