Santa Monica’s most iconic restaurant, Chez Jay, is celebrating their 60th Anniversary this fall by kicking off the festivities with the Grand Opening of The Backyard at Chez Jay, ”where all good peeps meet to eat and drink.”

Chez Jay, located in the heart of Santa Monica on Ocean Avenue, is owned by Michael Anderson. Shortly after Chez Jay was named a Historical Landmark in 2012, The Backyard began as a vision that Michael Anderson had where he wanted to create a special experience for his longtime following of extremely loyal clientele so they could enjoy outdoor dining right by the Santa Monica ocean under the stars. He set out to start this project, which he thought would be a great addition to Chez Jay and the City of Santa Monica, but the process turned out to take much longer than expected. 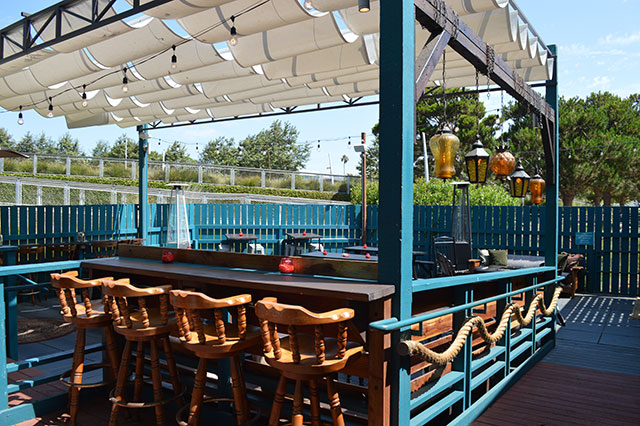 “Everyone fought me at every turn, but I was not going down,” states Michael Anderson. “I just kept thinking of Robert De Niro’s line as LaMotta in ‘Raging Bull’ during one of his fights with Robinson when he says, ‘Hey, Ray, I never went down, man! You never got me down, Ray! You hear me, you never got me down,’ and he kept going.”

Michael’s son Chris Anderson joined his father at Chez Jay approximately two years ago as the General Manager where he quickly decided he wanted to help his father finish what he had started.

“This was not my first priority when I came on board at Chez Jay, but after seeing how much this meant to my Dad and realizing that getting this done was taking such a toll his health, I jumped in and did everything I could to help him finish this project and make his vision a reality,” says Chris Anderson. 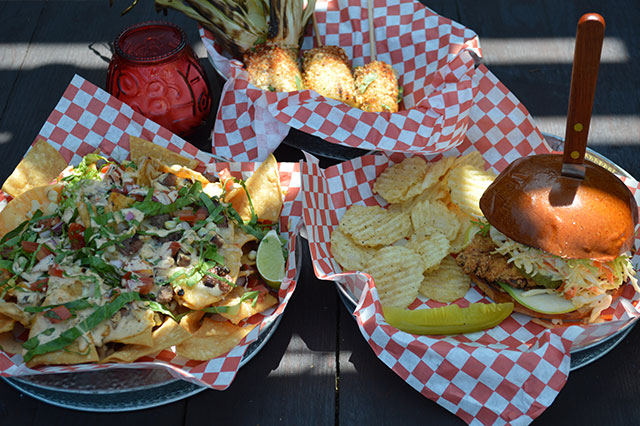 Chef Guillermo De Arcos G, known as “Chef Memo,” is the special secret ingredient at The Backyard at Chez Jay. Having been in the kitchen at Chez Jay for over 27 years, he now has his son Guillermo De Arcos Jr. cooking by his side, making this a true family affair as he introduces the new Good Eats menu at The Backyard at Chez Jay. The Starters kick off the party with the Peppercorn Maple Bacon, Grilled Street Corn, Southwest Steak Nachos, Truffle Fries, Kimchi Guacamole, Rhode Island Calamari, Shrimp Ceviche Bites, and Baked Clams. There are three delicious Salads that can be shared or enjoyed on their own including the Crispy Calamari Salad, The Cobb served or the NY Steak Salad. 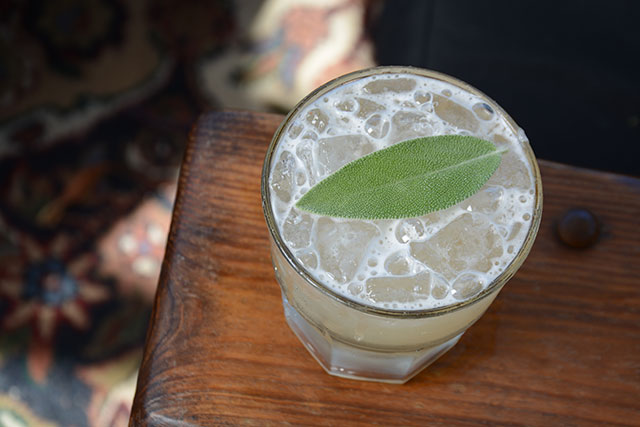 Of course, The Backyard at Chez Jay is all about good drinks and the cocktails the Chez Jay team have created are no exception. The menu offers signature drinks such as the Hotel California made of Bombay Sapphire, grapefruit, lemon and rosemary; the Chevy To The Levy comprised of mezcal, pineapple, Ramazzoti Rosato, lemon and sage, The Juan Margarita prepared with Casamigos Tequila, jalapeño, cucumber, cilantro and lime, and the Ketel Spritz made of Ketel One, St Germain, Prosecco, lemon, and thyme.

For classics with a twist, guests can enjoy the Pimm’s Cup made of Pimm’s, cucumber, mint, ginger, and lemon, the Dark & Stormy prepared with Gosling’s Rum, ginger beer, and lime, the Never Old Fashioned with Slow & Low Rock and Rye Whiskey, orange peel, Luxardo Maraschino Cherry and bitters, or the Tecate Michelada made with veteran Chez Jay Bartender Peter Whichman’s Wickie’s Bloody Good Mix, and lime with a Tajin rim. 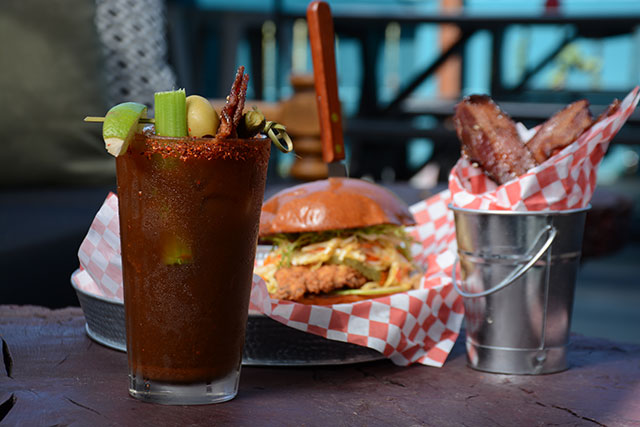 For guests that prefer a glass of vino, The Backyard at Chez Jay offers wines by the glass including options such as the Cupcake Prosecco, Kim Crawford Sauvignon Blanc, Ferrari Chardonnay, Bev Rose, Meiomi Pinot Noir or the Josh Cabernet. Beer lovers can enjoy an ice-cold Draft, Can or Bottle in The Backyard at Chez Jay. Drafts feature the Allagash White, Heineken, Santa Monica 310, or Angel City IPA. The Can selections include Palmia Light, Tecate, Angel City Pilsner, or Golden Road Wolf Pup, along with bottle offerings Corona, Bud Light and Angry Orchard cider.

The Backyard at Chez Jay details

House of Spells Pop-Up Cocktails at Rumbar in MiamiFeatures