We may be too old to trick-or-treat, but that certainly doesn’t stop us from getting into the Halloween spirit and throwing back killer cocktails in costume. Here in L.A., the party options are monstrous, so we’ve done some research and rounded up the most frighteningly fun Halloween bashes you won’t want to miss. 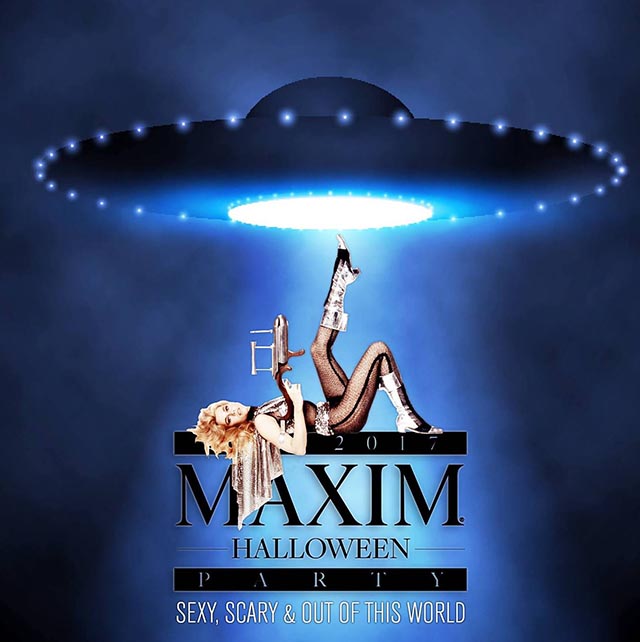 Halloween kicks off early with the sexiest party of the year. The Maxim Halloween Party, which has been attended by Hollywood’s hottest celebs including Nick Jonas, Chris Brown and Aubrey O’Day, has a haute, hair-raising and elaborate haunted theme designed to scare and excite at every turn. Put on by Karma International, expect a scene of multiple graveyards, frightening haunted vignettes, dozens of scare actors and themed performers, immersive lighting and sounds, VIP music performances and over 2,000 attendees. Bring on the models and monsters!

While the guest list is mostly reserved for celebs and tastemakers, you can purchase tickets starting at $500 (access code KK1234) which includes admission, open premium bars, food and entertainment. VIP table packages are also available. 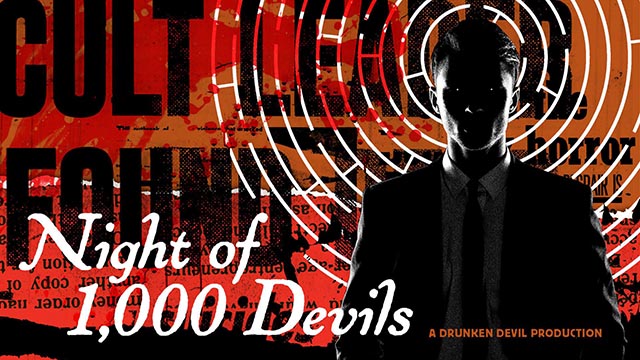 This intimate soiree is open to 100 guests only. Black formal attire is required. Tickets for this event are $100. Private location will be revealed in the days leading up to the event.

Get ready for ghouls, ghosts and guys! Now in its 12th year, Fred & Jason’s Halloweenie is the ultimate gay Halloween party featuring multiple bars, world-renowned DJs, feverish dancing, celebs, killer photo opps, VIP areas, private cabanas and more. The night of costumed revelry, libations and spooky dance music is also one of the hottest Halloween fundraisers in L.A.. The “Party with a Purpose” benefits Gay Men’s Chorus Of L.A.’s programmatic work, including the Alive Music Project and the It Gets Better Tour. Plan to party until the sun comes up? Masterbeat will present the 4th edition of Mayhem, the official Halloweenie Afterhours, taking place next door at the Mayan. 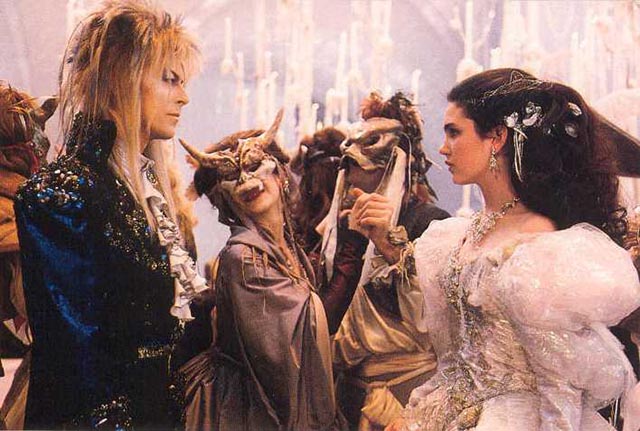 Cinespia is famous for its movie nights under the stars, but this Halloween, they are moving inside for a dreamy night of fantasy, magic and masquerade in one of the most opulent movie palaces in the world. The Labyrinth + Masquerade Ball event will feature the dark musical fable, starring David Bowie, on the big screen as well as magic shows, live music, full bars, a photo booth and surprises aplenty to explore in the hauntingly historic venue. Freixenet Cava will also be on-site to toast this Halloween event with some complimentary bubbly. Costumes are required for entry and masquerade masks are encouraged. “Dance Magic Dance!”

Tickets range from $35-$85 and are guaranteed to sell out, so get yours fast. 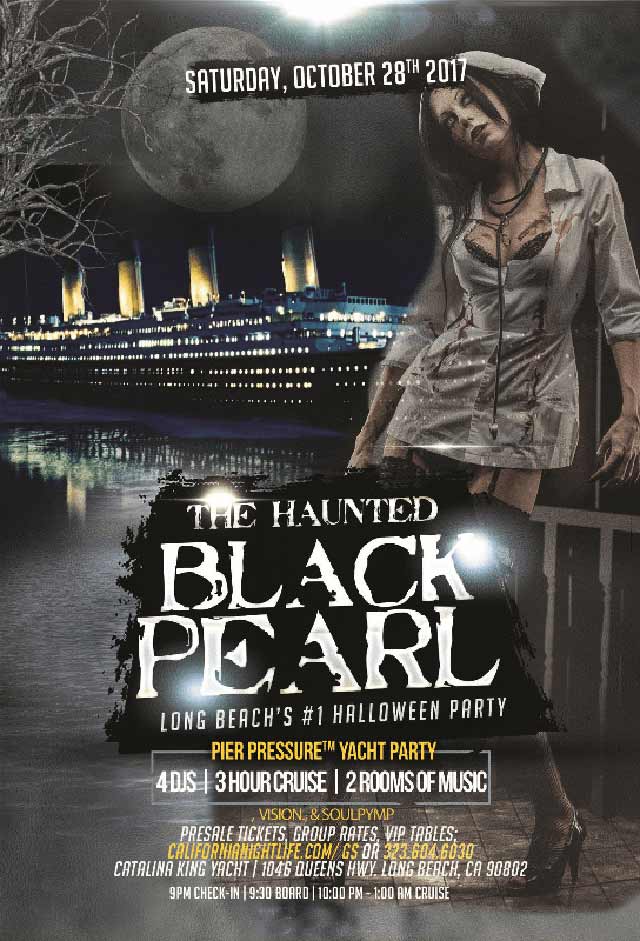 Things get spooky out at sea! Let loose and set sail aboard the 350 person, Catalina King Yacht for the Halloween Pier Pressure Cruise. This Black Pearl pirate-themed party (although all costumes are welcomed) will boast four DJs on three decks with breathtaking views of the Long Beach skyline, the harbor, moonlight and more. Of course, the “haunted ship” comes stocked with a fully stocked bar so unleash that inner Jack Sparrow. 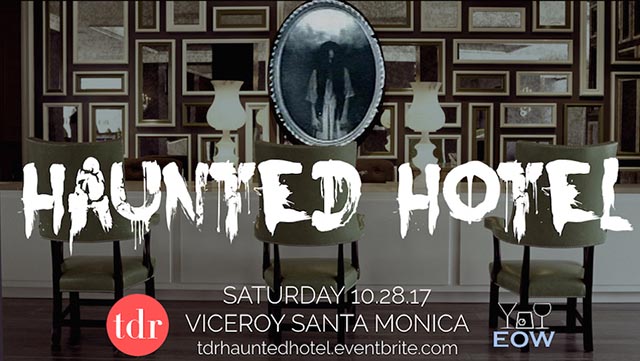 On the Saturday before Halloween, the Viceroy Santa Monica, will be transformed into a setting for the biggest and sexiest Halloween costume bash on the westside. Complete with crooked cocktails, freaky food, spooky décor, a psychic and two DJs in the main bar and ballroom, the event will also host costume contests with categories including sexiest male and female, most creative male and female, best couple, and best pop culture referenced costume of 2017. Single? You’re in luck. The open-to-the-public bash is being thrown by a Three Day Rule, a tech-enabled, personalized matchmaking company so your chances of nabbing that sexy firefighter from across the room is good. 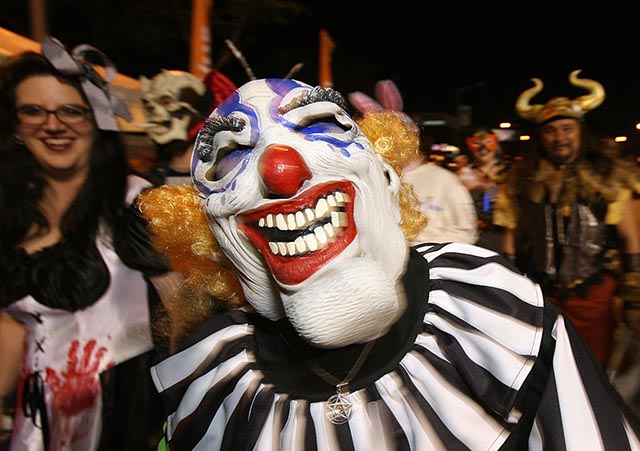 On Halloween night, there is nowhere else to be than West Hollywood. The neighborhood’s Halloween Carnaval is a wild block party attended by hundreds of thousands of costumed revelers each year. The free event includes music stages, an elaborate parade, devilishly delicious food trucks and an all-out celebration of the holiday’s naughty side (so best to leave the kiddos at home). While there is no alcohol served on site, pop into any nearby venue like The Abbey or Bar 10 for killer drink specials that will turn you into a real walking zombie.

Plan ahead: Santa Monica Boulevard will be closed for pedestrians between La Cienega Blvd. and Doheny for the majority of the night so it’s best to uber or walk.

Back To The 80’s Halloween Party 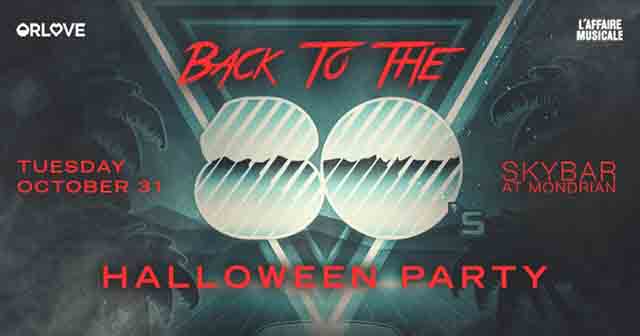 On Halloween night, Skybar at the Mondrian is hosting a Back To The 80’s Halloween party, throwing it back to the era where big hair, spandex and no holds barred partying ruled at West Hollywood. Costumes are mandatory so dress to impress. Tickets for this totally tubular poolside party start at $20 on ticketfly.com and includes a one-hour open vodka bar. For table reservations, call 310-384-3789 or email orlove@orloveentertainment. com 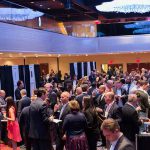 Strictly for The Wine Lovers: The New York Wine ExperienceFeatures 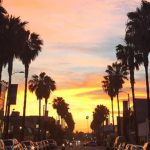 Where to Drink on Abbott KinneyFeatures